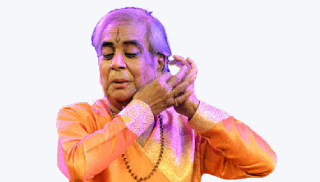 Pt. Birju Maharaj, a living legend of Indian Classical Kathak dance,was born in Lucknow in 1938. He took to painting in 1994 at the prodding of his daughter Anita Kulkarni, a visual artist herself. This chanced interaction grew into a passion over the years during which he created artworks while being in different cities, towns, and on personal musical journeys.
A man of many talents, he is also an acclaimed singer, percussionist, music composer, and a much admired poet. Inspired by the cultural genius Rabindranath Tagore, Birju Maharaj took to painting his numerous creative visions on to the canvas. His works have an overarching constant of Krishna as a theme, dancing with his gopis. He paints various interpretations of this imagery – both in modern and in traditional context. Another recurring theme of his art works is his long standing vision of an art village.
Maharaj has dabbled in a host of media, such as soft pastels, pen and ink, water colours etc. However his favorite choice of medium is Acrylics on canvas. His works have been displayed at various art exhibitions in India and abroad, and also at prestigious auctions.
Birju Maharaj has won many accolades, including, the Sangeet Natak Akademi Award and the Kalidas Samman. He also received honorary Doctorate degrees from Banaras Hindu University, Varanasi and Khairagarh University. He was also honoured with the Desikottama by the Vishwa Bharti University, Shantiniketan.
He was bestowed with the Padma Vibhushan by the Govt. of India in 1986. 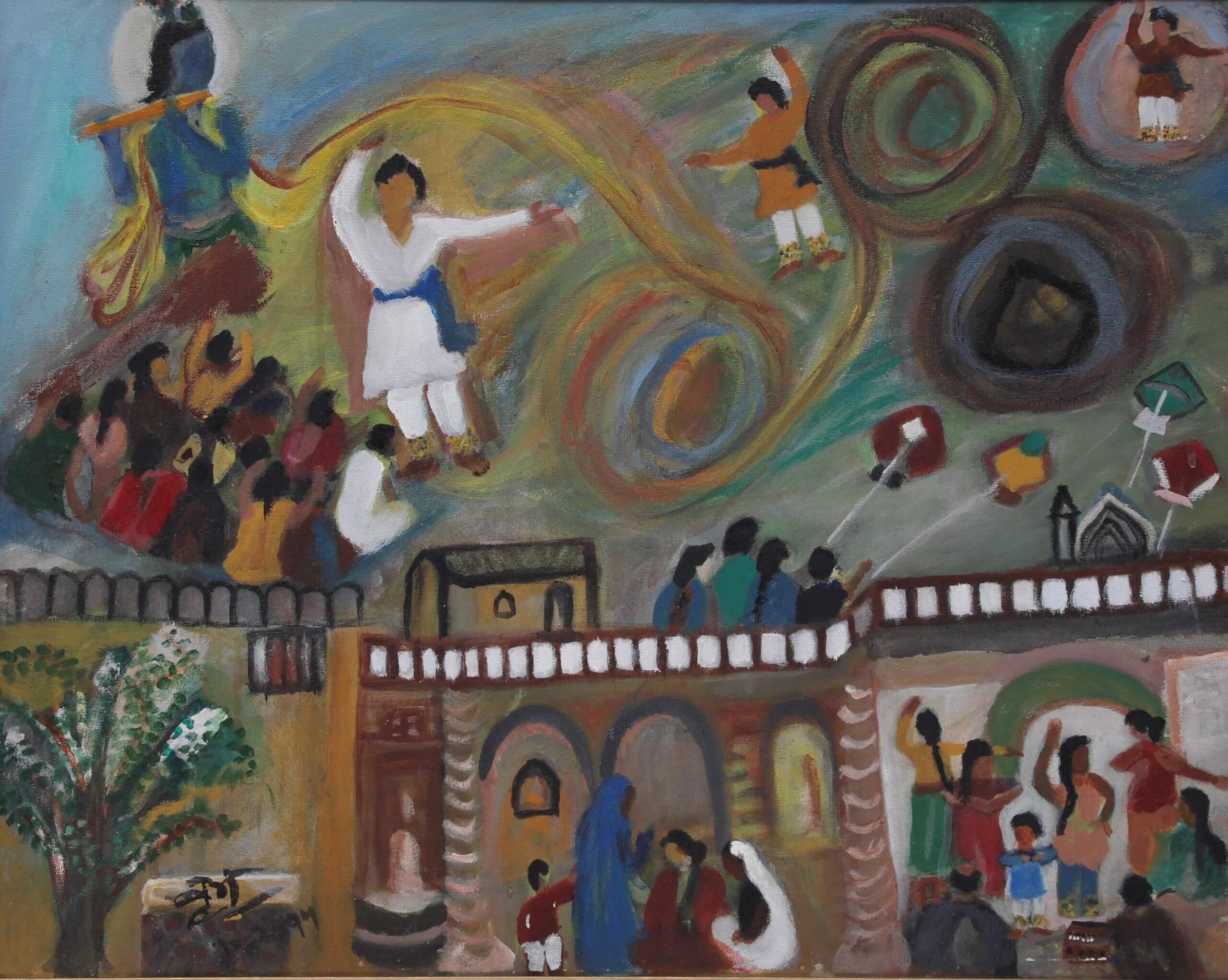 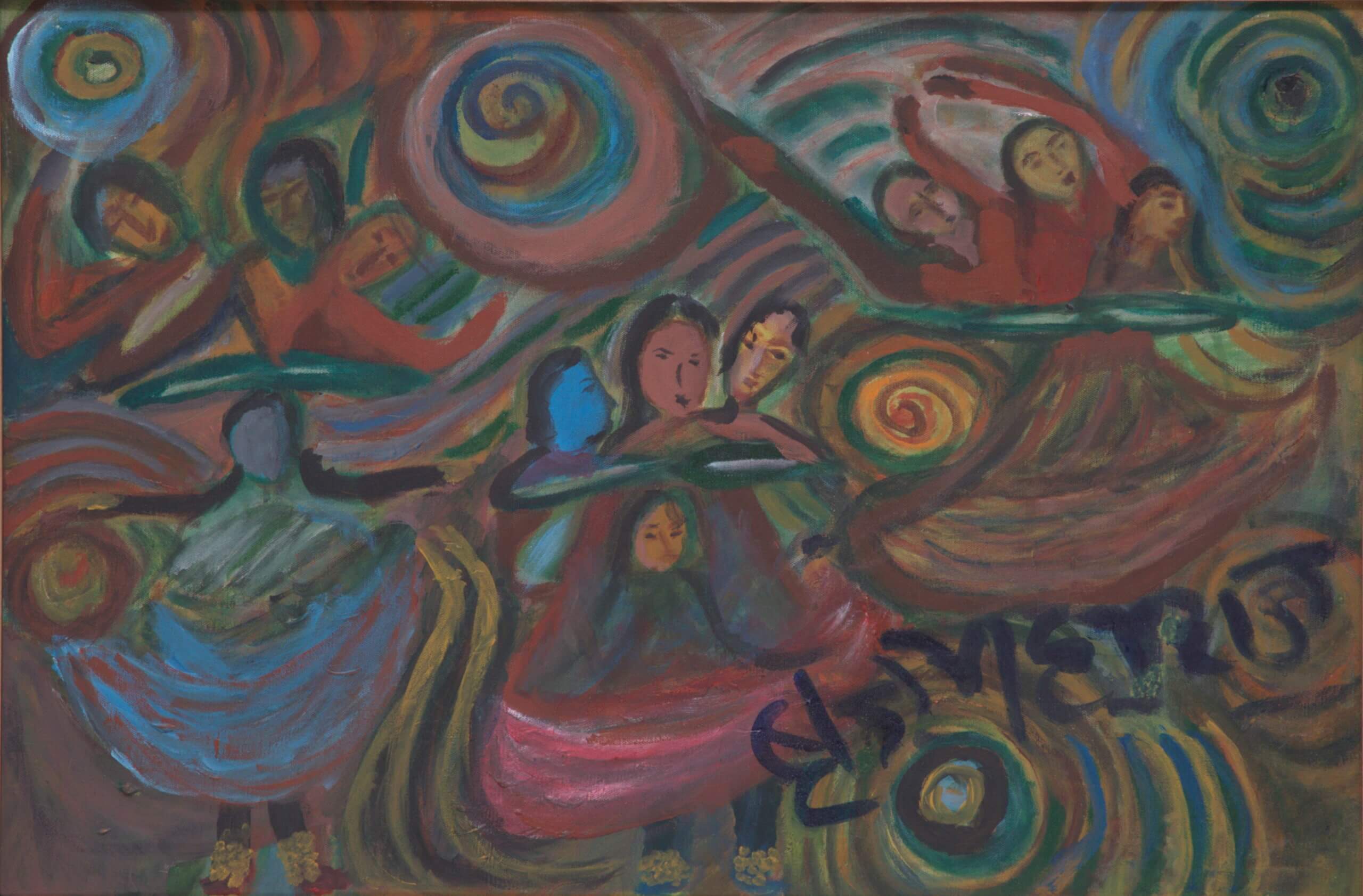