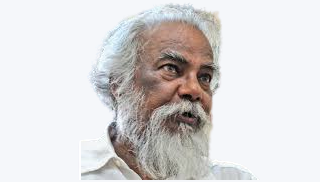 Kerala born Akkitham Narayanan in the year 1939, is one of the widely exhibited artists of India whose artworks depict an unparallel predisposition targeted towards geometric forms. His works represent a perfect culmination of Indian tantric & European geometric art.

Akkitham Narayanan holds a Diploma in Painting from the Government School of Arts and Crafts, Chennai, India and later pursued Arts via a Government scholarship at the Ecole des Beaux-Arts, Paris.

He is a three-time winner of Tamil Nadu State Lalit Kala Akademi Award in recognition of his assiduous art practice and the recipient of the IV International Festival of Painting Award, Cagnes-sur-Mer, France.