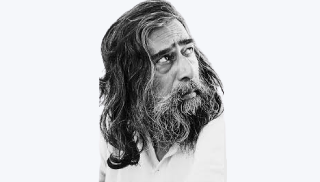 For a painter like his calibre, J Swaminathan banked on the power of simplicity and vivid imagery to breathe life to his artworks. Beginning with a neat order, he later chose to use only symbols having roots in tribal arts and using his fingers to apply certain pigments to heighten the effect.

He co-founded an artist group called, “Group-1890” which was short lived but Swaminathan saw himself emerging as one of the most influential artists of India. J. Swaminathan helped vernacular painters from tribes like Gond and Bhil to receive international recognition.

It was he who discovered first known modern Gond artist Jangarh Singh Shyam and took him to train under his wing. He also founded an art museum called “Roopanker” at Bharat Bhavan, Bhopal where he served as a Director, till the last day of his life.